Oak and ivory cut string stairs with storage and seating

Oak and ivory cut string stairs with under stairs storage and seating.

We contacted Alan about designing and manufacturing a new staircase for our house. He had previously manufactured and installed stairs at two of our friends’ houses so we already knew his work was amazing. I sent him some ideas through email as we are living in Australia. From the very beginning Alan was so helpful. He understood what we were looking for. He sent us through some ideas he had that would make the whole project look better. I was so happy with this as he was able to see our vision. Once we finalized the designs Alan explained how the work would be completed. He explained exactly what he was going to do. This put our minds at ease as we were very nervous about the whole project as we were not there ourselves in person to see the works going on. He gave us regular updates and sent through photos of the works as they were going on.

When we arrived home at Christmas I was thrilled with the stairs. The panelling on the walls, the shelving and seating area under the stairs are just fantastic. Front he minute we walked in through the front door we couldn’t stop smiling. He had done exactly what he said he was going to do and the whole thing was as I had pictured it would be. We were so impressed with the attention to detail and the paint work is outstanding.

It was a fantastic experience all round and I can highly recommend Alan and his team to anyone without hesitation. 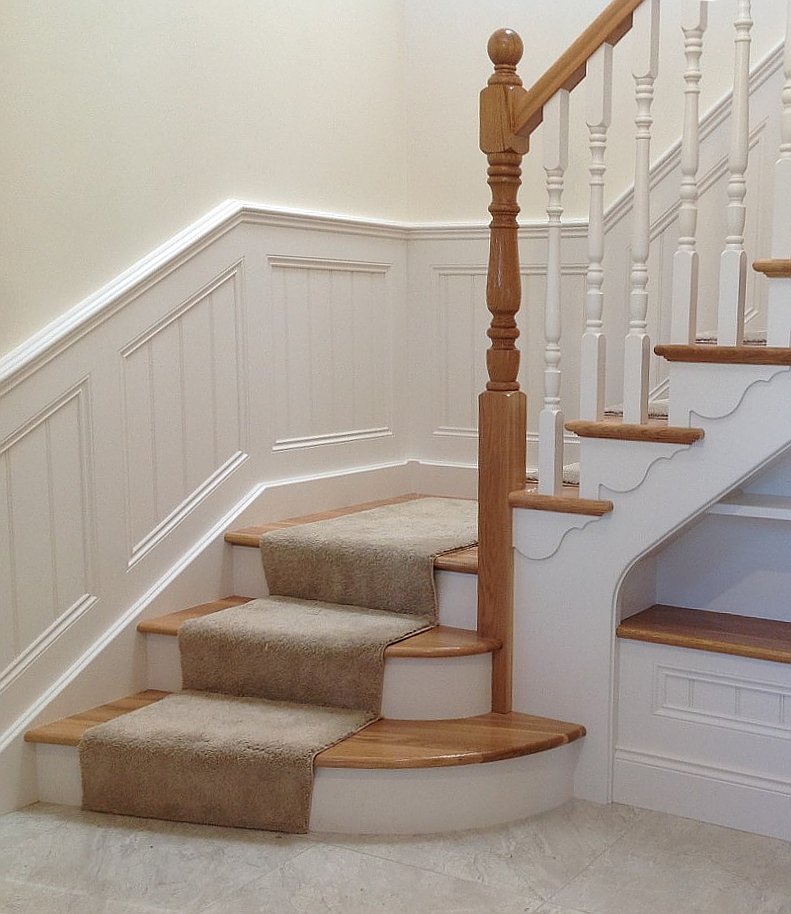 When you visit any website, it may store or retrieve information on your browser, mostly in the form of cookies. This information might be about you, your preferences or your device and is mostly used to make the site work as you expect it to. The information does not usually directly identify you, but it can give you a more personalized web experience. Because we respect your right to privacy, you can choose not to allow some types of cookies. Click on the different category headings to find out more and change our default settings. However, blocking some types of cookies may impact your experience of the site and the services we are able to offer.

These cookies are necessary for the website to function and cannot be switched off in our systems. They are usually only set in response to actions made by you which amount to a request for services, such as setting your privacy preferences, logging in or filling in forms. You can set your browser to block or alert you about these cookies, but some parts of the site will not then work. These cookies do not store any personally identifiable information. Cookies Details

These cookies allow us to count visits and traffic sources so we can measure and improve the performance of our site. They help us to know which pages are the most and least popular and see how visitors move around the site. All information these cookies collect is aggregated and therefore anonymous. If you do not allow these cookies we will not know when you have visited our site, and will not be able to monitor its performance.

These cookies enable the website to provide enhanced functionality and personalisation. They may be set by us or by third party providers whose services we have added to our pages. If you do not allow these cookies then some or all of these services may not function properly.

These cookies may be set through our site by our advertising partners. They may be used by those companies to build a profile of your interests and show you relevant adverts on other sites. They do not store directly personal information, but are based on uniquely identifying your browser and internet device. If you do not allow these cookies, you will experience less targeted advertising.

Reject All Confirm My Choices